I must first apologize for having not written in such a long time. Sometimes depression and anxiety get a grip on me and it’s hard to dig myself out from the depths of despair. But, I’ve learned the struggle does not mean I cannot write. So here we are. I made a promise to myself that I wouldn’t get political on here. Well, I’m about to fail in that one area, so you have now been warned.

Also, I’d like to say that I’m in no way an expert on the terms and definitions below. I’m not a psychologist, sociologist nor do I have any expertise in these areas. Please feel free to do your own research and comment below.

It’s no secret to my family and close friends, I’m no fan of Donald J. Trump. I didn’t much like him when he was just an annoying ass on the reality show landscape. Now that he’s infected the Presidency of the United States with his unique brand of insults, corruption and twitter diplomacy I’m inclined to despise him more than ever.

I’m originally from New Jersey and everyone in the trip-state area of that part of the country has been well acquainted with Donald Trump for many decades. He was and has always been a person who craved as much attention as possible. He has always been brash, cocky, and highly mean spirited long before he was astonishingly elected the 45th President of the United States of America.

I’d first like to take a look at the man in terms of a few lengthy descriptions in regards to psychology if you’ll indulge me.

: a mentally unstable person especially: a person having an egocentric and antisocial personality marked by a lack of remorse for one’s actions, an absence of empathy for others, and often criminal tendencies

Personally I think Mr. Trumpy fits this description quite well. He is certainly very egocentric. Everything in Trumps world can and must revolve around him. There is no room at all for anything else. He must be, at all times the center of attention. If being the center of all this attention comes at a cost to others, who cares. That’s certainly not Trumpys problem.

Is he antisocial? Well, much of his behavior certainly does not fit into what could be considered normal social behavior. He’s been very well documented over the decades to be quite adept at name calling (very presidential), insulting numerous ethnic groups, countries, skin colors ect. He very openly calls the leaders of other countries, cities stupid and worthless. He actually seems to feed off the energy of others in large crowds when insulting other people.

Lack of remorse? Donald Trump was once asked if he thought he needed to apologize for anything. He said he had never done anything wrong. He was also asked once if he had ever sacrificed anything to get where he is. His reply was that he had created thousands of jobs for people. Maybe he simply didn’t understand the question. I don’t think I’ve ever seen him show any remorse for any of his behavior, because in his own words, he’s done nothing wrong. He has been accused of numerous cases of sexual assault of women over the years and it is well documented he’s cheated on every woman he’s been married to. He does not seem to care about the feelings of other people when he insults them on a daily basis. His behavior during his presidency has been truly shocking and his base just loves it.

Much of Trumps life has revolved around him being a business tycoon. He’s apparently been in near constant litigation for the last 40 or 50 years after he’s screwed countless people in shady business deals. In my opinion he has probably been a serial tax evader for decades. I’m just guessing here but I’m pretty sure he’ll be indicted for numerous crimes once he’s out of office. Lest we not forget the dozens of people in his orbit that have been charged with felonious activity, are on trial or been sentenced to lengthy prison terms. He’s the boss after all and the people in his inner circle that have found themselves in legal trouble had to have had orders from someone.

: someone who behaves in a dangerous or violent way towards other people and does not feel guilty about such behavior

Is Donald Trump dangerous or violent? Well, I guess you’d have to ask the numerous women who have accused him of sexual assault or rape over the years if he’s dangerous or violent. It’s certainly no surprise that he shows no remorse or guilt about such behavior. He has been documented on audio tape of grabbing women by the privates because as a celebrity you can get away with anything. His base seems to think this behavior is okay, after all they elected him knowing what his background was like. He has never once apologized or shown any form of remorse for any of his past behavior. Merriam-Webster referred sociopath back to the definition of psychopath so there’s that.

This one is my absolute favorite in regards to Donald J. Trump. Although it should and does kind of scare the crap out of me. According to Wikipedia the definition of Cult of personality is as follows.

Definition of Cult of Personality

A cult of personality arises when a country’s regime – or, more rarely, an individual – uses the techniques of mass media, propaganda, the big lie, spectacle, the arts, patriotism, and government-organized demonstrations and rallies to create an idealized, heroic, and worshipful image of a leader, often through unquestioning flattery and praise. A cult of personality is similar to apotheosis, except that it is established by modern social engineering techniques, usually by the state or the party in one-party states and dominant-party states. It is often seen in totalitarian or authoritarian countries.

Goodness!! A person could teach a college course on this one in regards to Donald J. Trump. Since he began running for President and after his inauguration he has very dangerously vilified the media as being “an enemy of the people”. Which sounds just like something you’d hear coming from a totalitarian regime with a dictator in charge. What’s truly frightening is that his base is eating this rhetoric up. They love it! While at the same time he has been using Fox News as a defacto state run media organization to spread his message. Again, his base is just eating this up. Mr. Trump has had near continuous Nuremberg type rallies ever since he began his run for the presidency and during his regime they continue to draw tens of thousands of followers. I have seen on three occasions during these rallies when a journalist was interviewing one of his followers they praised Donald Trump as if he was the next coming of Jesus Christ, all three even when so far as to say that Donald Trump never lies. Mr. Trump has been extensively documented as having lied over 10,000 times during his first 2 1/2 years of his presidency. Now consider that some of his followers believe he is incapable of lying. Also consider that if an independent group were to try and verify his thousands of lies and found 90% of them to be fabricated then he’d only be guilty of lying 1,000 times. Yeah, that’s the guy that I want leading our country. Mr. Trump often praises the likes of Kim Jong Un (South Korea), Vladimir Putin (Russia), Xi Jinping (China), Rodrigo Duterte (Philippines) as being great leaders and good friends. Sure, they all have strangle holds of power over their people and it’s not unusual for people to disappear in these countries if they voice their discontent. Trumpy has also brought up on numerous occasions the fact that he’d like to run for more than two terms as President regardless of the fact that this clearly violates the Constitution of the United States. His supporters, cult followers have also been heard saying they’d love it if his children could in the future succeed him. So now we’re talking about a dynastic presidency, almost like an American royal family. The republican party has been goose-stepping to Mr. Trump every step of the way. They’re his standard bearers, they don’t dare defy Mr. Trump and they know it.

I truly fear the direction this country is going. I consider myself to be on the more conservative side of the spectrum. If I had to be pinned down to declare any political affiliation, I’d be an independent more than likely. But that does not mean I have blinders on and cannot see what’s happening and it’s terrifying.

If anyone from outside the United States reads this, I want to apologize for my countries behavior and the behavior of our President, Mr. Donald J. Trump. Millions of us are aware of what’s going on and we’re horrified by it. If you’re from outside the U.S.A please feel free to comment. If you’re a Trump follower, please, please do your own research, open your eyes to his behavior and ask yourself if you’d want your children behaving in such a manner. I’m sure you’re asking yourself, well, did you vote for Mr. Trump during the 2016 election? I can proudly say I did not vote for this buffoon. But as he is the duly elected President of the United States of America he is considered my president. I’m not happy about it but I’ve got to accept it and pray that we can do better. We are well on our way to having the very first American dictator in chief and that’s a very frightening proposition.

I think it’s time for the obligatory shot of whisky at this point. 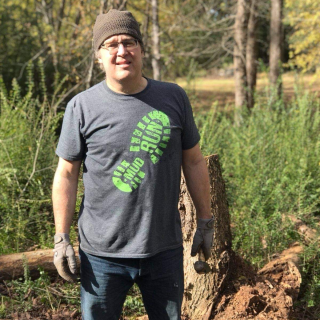